Here is a look at the Kaikidan Ekotoba, a mysterious handscroll that profiles 33 legendary monsters and human oddities, mostly from the Kyushu region of Japan (with several from overseas). The cartoonish document, whose author is unknown, is believed to date from the mid-19th century. It is now in the possession of the Fukuoka City Museum. 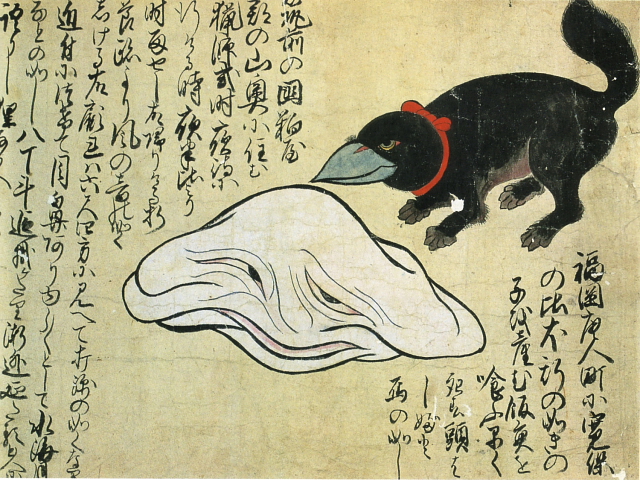 The black creature on the right was born by a dog that mated with a bird in the city of Fukuoka in the early 1740s. Next to the bird-dog hybrid is an amorphous white monster — also encountered in Fukuoka — which is said to have measured about 180 centimeters (6 ft) across. People at the time believed this creature was a raccoon dog that had shape-shifted. 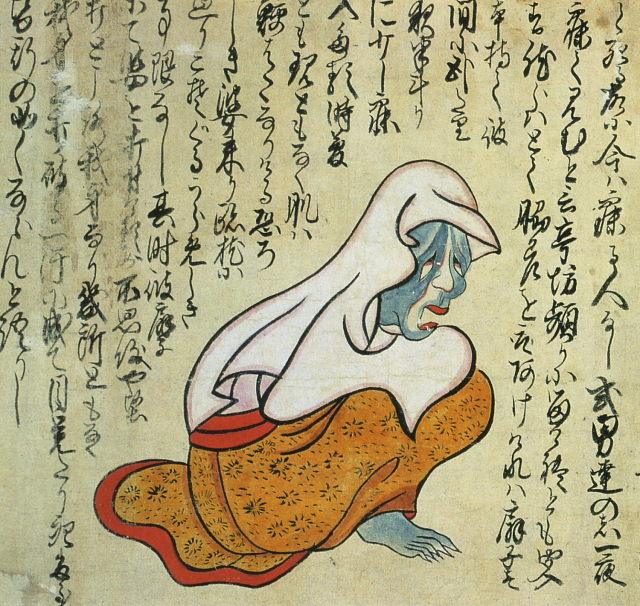 Old woman at the temple [+]